Like the time I went on CNBC’s Fast Money on July 25, 2007, and predicted Facebook (which was still private at a $1 billion value) would one day be a $100 billion company.

“You’re not serious, are you?” the anchor asked me. 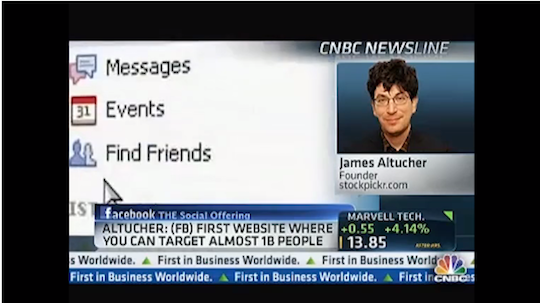 Now it’s happening again. This time with people around my office.

Normally in the investment research world there are big promises. That’s no secret.

And often times even bigger let downs. Nothing works as it’s performed.

What I have to share is totally different. A breakthrough.

And I’m backing it up… with something that as far as I know, is completely unique in this business.

And here it goes:

I’m willing to guarantee that anyone that follows what I’ll show you on Tuesday’s 1,000% Backdoor Webinar will see how to make 1,000% returns on their money before the end of 2017.

That is what I am promising you...

In fact, do me a favor and read it again.

Jennifer, my co-host for the event, puts it like this:

You’ll have a real chance see how to make $10,000 using the secret “backdoor” strategy we’ve discovered.

Outrageous? Or real? You need to decide.

What You’ll See On Tuesday Isn’t Meant For Everyone

That’s because I’ll only look for the biggest and newest investment ideas… which some folks might find a bit too risky or “over the top.”

I only recommend the best of what crosses my desk.

I refuse to recommend any investment unless I know someone in the hedge fund world who’s bought in and I’ve analyzed it myself, for the best possible shot at returns of 100% to 500% or higher.

These are the types of opportunities I’ve been profiting from for the past 2 decades.

It’s the approach I use with all my personal money.

And on this Tuesday, I’ll show you exactly how to play each opportunity… every single month… with the same secret I’ve used at multimillion-dollar hedge funds.

For example, I might recommend a 3-D printer that prints houses… a biotech firm that grows new organs… a super-robot company… you name it…

But here’s the thing…

What I’ve discovered after meeting thousands of investors over the years is that many folks can’t stomach these kinds of “new ideas.”

For example, I get hundreds of emails a week from folks who find me online. I’ve had 20 million visits to my blog and 10 million downloads of my radio podcasts.

And what I’ve learned is that when it comes to putting your money into the kind of ideas that can reshape society, most people simply aren’t cut out for it.

They’d rather play it safe and buy blue chips or utilities or government bonds.

There’s nothing wrong with that. But if that sounds like you, then the 1,000% backdoor strategy isn’t the best fit for you.

Granted, some ideas may not pan out…

But losses are part of the game, and they’ll be more than offset by the winners.

We look for “backdoors” into truly big ideas BEFORE the masses ever hear about them… which potentially take off by 500% or even 1,000%.

It’s happened to me dozens of times and I’ll continue to find these ideas year after year.

Jennifer showed this to you earlier, but I’ll show it to you again.

I want you, the hardworking American, to have the exact same advantages that Silicon Valley investors enjoy, including the chance to build incredible wealth.

That’s why I’ve decided to “go public” with this secret 1,000% backdoor strategy on Tuesday at 1pm.

And it’s why I’m backing it up with the boldest guarantee ever:

You need to choose for yourself.

Talk to you soon,