I’ve never done this before. But I’m excited you are choosing to be part of this...

For years, people have asked me, “James, how do I get started in choosing my way to wealth?”

And on August 15th at 1pm ET, I will show you my number one way to do exactly that…

It’s all based on one simple approach I like to describe as the “1,000% backdoor.”

This is something I’ve personally used to go from having almost zero in my bank account (and being totally desperate) to making $80,000 a month on average – and completely changing my life.

In fact, by now I’ve probably made about $15 million with this “backdoor” approach altogether.

See, a lot of people know me as an author.

These huge gains are changing people's lives, too.

There’s a guy I showed this secret to named Steve H., who lives in Florida…

Then there’s Richard L., from Michigan, who nearly tripled his money in under a year.

In fact, I’ve got a whole pile of notes from people whose live have changed because of the secret I’ll share with you… (CONTINUED BELOW) 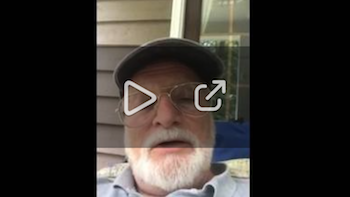 “Pay Tuition For My Kids”
Reader from Coral Gables

“I would invest in a social business”
Reader from Cebu

“I would buy some land and build a cabin in the mountains!”
Reader from St. Peters

“I would pay off my IRS debt. I would buy a small house. I would donate to my favorite charity. And give a nice gift of money to each niece, great niece and great nephew.”
Reader from Palm Desert

And here’s the exciting part...

You do NOT need to be an accredited investor or have personal connections to use “the 1,000% backdoor” that I’ll show you.

You do NOT need a lot of money to start, either (remember, I was down to just $2,000 when I discovered this secret.)

All you really need are the details on what I’m calling “the 1,000% backdoor.”

Let me show you how it works…

Your Backdoor Inside the Hottest Ideas

In short, what I’ve discovered is that for the top startup ideas – the breakthrough ideas that revolutionize society – there’s almost ALWAYS a “backdoor” in the market.

A backdoor that allows you to invest in that same idea on your own, online… no matter what your wealth, income or experience… and without setting foot in Silicon Valley.

And of course, with the same potential for huge gains.

Without having to be rich…

And without having to have connections.

Here’s an example of what I mean…

Imagine if there was a startup that could revolutionize the American coffee industry...

Well – a breakthrough idea in that space would definitely be among one of the best ideas to invest in right now, right?

And that’s probably why there are 979 different startups right now who are trying to change the way we drink coffee.

Which of those startups will be successful?

Honestly, I don’t know and I don’t care.

Because back in 2008, I found a secret way to play that exact same idea – the coffee industry – without touching Silicon Valley at all.

And I’ve done it over and over…

For example, I did it in the banking industry…

There’s a startup called Lufax, which has developed a new way of doing “personal lending” online… one of the top game-changing ideas right now.

If you were lucky enough to have millions to invest, and be privy to the information, then a private investment could have made you a fortune.

More than 10x your money.

But again… unless you were a millionaire in Silicon Valley – you never even got a chance to buy in, right?

Well… once again, it doesn’t matter.

Because here, too, there was a “backdoor” way to play a similar idea, no matter what your wealth or experience, which you can invest in from any home computer.

And here’s the interesting part…

Instead of the required $25,000 minimum to buy a stake in Lufax if you were a venture capitalist…

The “backdoor” investment I found was just one dollar.

That’s it. ONE DOLLAR.

Watch what happened next…

In other words: You could have made 12 times your money on one of the top ideas in Silicon Valley – no matter who you are or how much money you have in the bank.

And all starting with just one dollar!

Are you starting to see how powerful this 1,000% Backdoor can be?

That means if you wants to invest and is starting with $1,000…

You’ll have a real chance to make $10,000 using the secret you’ll see on the webinar.

And on and on…

So mark your calendar.

August 15th. 1pm.
That’s When I’ll Show You Everything.

If this is so great, why not just keep it to myself? Why share with you at all?

Watch your email box… and I’ll tell you later today.