Hi, my name is Jennifer Miller, and I’ll be your host for the “1,000% Backdoor” Webinar with best-selling author and hedge fund manager, James Altucher.

And James has prepared an outrageous guarantee for you…

That type of promise is completely unprecedented in the industry.

But it fits. Because if you know James, you know he’s not conventional in any sense of the word.

So before we get to how that guarantee works, let me first share with you some details about James…

Because it’s his unique, quirky, unconventional background that’s going to lead to you potentially making a fortune in the next few months.

In fact, Forbes.com calls James Altucher “The Most Interesting Man In The World” (go ahead, read Forbes’ article for yourself right here.)

The author of the article writes…

“This man has changed my life, and the lives of thousands of people that follow his every word. He is the most valuable mentor I have…”

And because James has changed so many lives, he is now a very wealthy man. But he wasn’t always a millionaire…

Early in life he made $15 million by building and selling his own company.

Then he nearly lost it all…

When you meet him on the webinar on August 15th, he’ll tell you all about how he was so depressed… he hit rock bottom.

He actually thought about killing himself so his kids could get his life insurance payout.

He found a way to come out on top. But again, disaster struck… (CONTINUED BELOW) 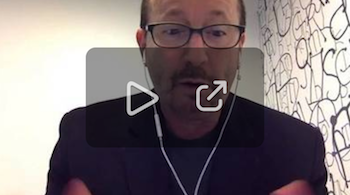 “I need a steady stream of income for retirement,”
Reader from St. Louis, MO

“[I’d use the money] for a base for an investment pool that I can continue to grow”
Reader from Northport, NY

“Start a hospitality business, invest in real estate and quit my job”
Reader from Nairobi

“I’d pay off my credit card debt and my car. With the leftover money ?I’d max out my IRA”
Reader from NY

Later James found himself going through a divorce… raising a young daughter… and he needed more money to get by.

He had about $2,000 to his name – and was looking for a way to basically just multiply that money as quickly and safely as possible.

This backdoor allowed him to “sneak into” some of America’s fastest growing companies and profit from their breakthrough ideas.

So he took his $2,000… made a single investment from his home computer… and walked away with a profit of $10 million in nine months.

One extraordinary investment, and he literally became a multimillionaire once again.

Why tell you all of this?

But James’ story doesn’t stop there…

You see, he’s reinvented himself time and time again…

For 15 months, he ran his own $33 million hedge fund, managing his and other people’s capital. Altogether, he delivered a 121% total gain in a year! (This is huge return for an entire fund.)

As far as I know, he’s become the most successful self-published author in history -- selling more than 1,000,000 copies of his 18 different books…

He’s started and run more than 20 companies... and sold several of those businesses for large exits.

He sat on the boards of several companies.

His writing has appeared in almost all the major national media outlets … inclunding the Wall Street Journal, ABC, Financial Times, TechCrunch, Forbes, CNBC and on and on…

His blog has attracted more than 30 million readers since its launch in 2010.

And his podcast on Apple iTunes has more than 30 million downloads, with guests like Shark Tank's Daymond John & Mark Cuban... Paypal founder Peter Thiel... and even rapper Coolio.

In fact, here’s my personal favorite podcast James’ did with Tony Robbins. (click here to download for free.)

Now, despite his amazing story and all his successes, James isn’t one to brag about himself…

Instead he’s one of the funniest, most self-deprecating, charming and honest people you’ll ever meet.

Oh, and he’s as giving as they come…

Which is why he’s finally sharing his most powerful money making strategy with you on August 15th at 1pm, Eastern… during this 1,000% Backdoor “Invite Only” Event.

>> How America’s “class system” has locked you out of almost all of Silicon Valley’s biggest ideas… and how James’ “1,000% backdoor” allows you to legally “sneak” inside and profit!

>> The true story of how this simple strategy turned James’ $2,000 investment into an income stream worth an average of $80,000 a month…

You will NOT find this information in any of his books, websites, podcasts, etc.

This information is EXCLUSIVELY for those who signed-up for this special event.

This is a historic event that may NEVER be repeated. So you won’t want to miss it when James and I “go live.”

Tomorrow, James will email you directly, pulling back more of the curtain… and show you how to lock in 1,000% gains from his secret.

Make sure to watch your email box for details from James.

And, in the meantime, I’m helping James with a favor…

He wants to know…

Would you write a book about your passions and try to become a #1 best-selling author, like James has?

Would you buy a fancy new car?

Would you live in Airbnbs, like James does, all around the world?

I want you to tell us.

The more details, the better. And don’t worry, there’s no right answer.

Your response is super important to James. And incredibly motivating for him. So please, let us know!

Watch your email tomorrow for a special email from James…